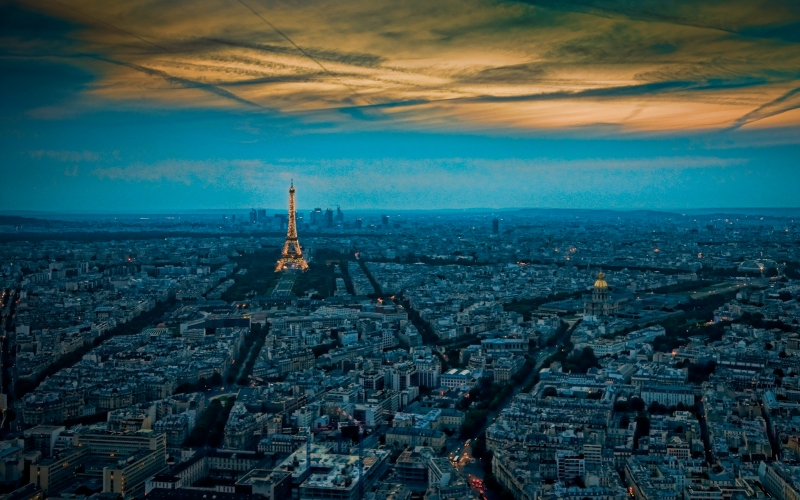 A lonely Eiffel Tower, Paris without the lights

Taken from atop the Montparnasse tower (have I ever said that it’s the scar on Paris’ face) here is the Eiffel Tower at twilight just after the sun set behind the clouds and just before the city lights turned on.

While it’s rarely the case, sometimes the Eiffel Tower lights up before all the city lights go on and we get this interesting scene, dark but not night. If it wasn’t for the Eiffel Tower being lit up like this it would be a pretty bad time for photography just because everything looks dull.

I shot quite a few pictures from there, waiting for night to turn on and the street lights to go on etc. But none of the shots came out very well. I wanted to get something that looked like this picture by Serge Ramelli: 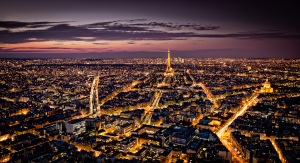 However none of them turned out so interesting (besides it’s a picture that has been done by so many better than me so I might as well do something different).

I’m not sure it’s a great idea to put Serge’s image in my post as the instant comparison shows how all the errors I made, but why not.

Hope this gives you an idea for a picture next time you’re in Paris.

As pictures are best enjoyed in high-res, click here for the high res version of the image.

Older: Montmartre, Paris in Black and White
Newer: Bauhaus, Dessau – where it all began

5 thoughts on “A lonely Eiffel Tower, Paris without the lights”