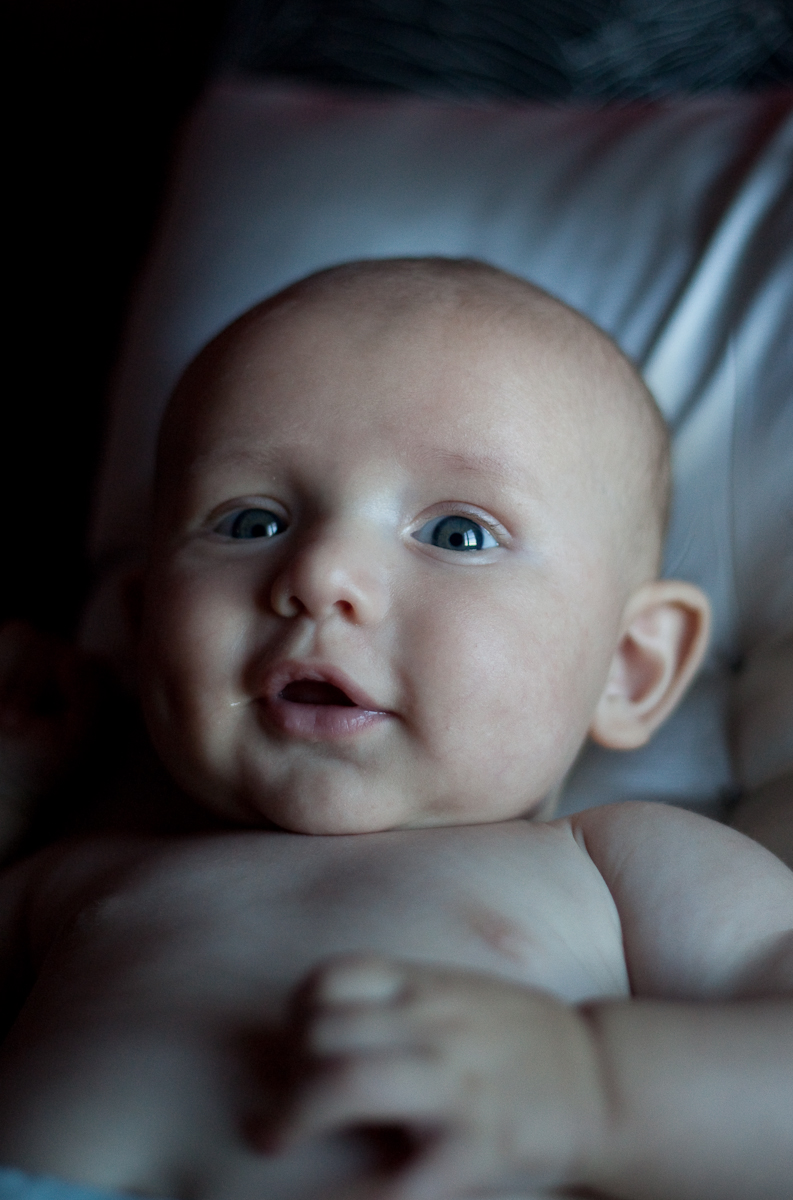 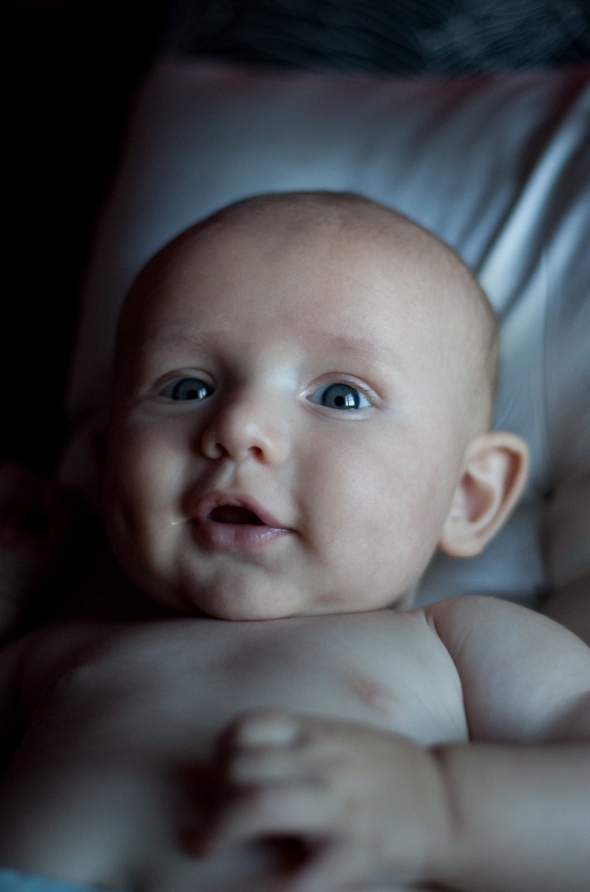 For a while now I have been talking about my son and how I have not put that much time on my photography and other projects. As a photographer I would not hesitate too much to take photos of unknown people and publish them. Just like Farris Smith playing Jazz in Paris or some of the other street photos I took. But taking a photo of my own son, or wife or a great friend is a whole other matter. Now those photos need to be perfect.

And I am still a long shot from having a perfect photo of Damon. I keep looking at Anne Geddes photos and wonder how in the world she does it. Get the baby in the cutest positions and take a perfectly well lit image it’s quite an art.

Yesterday as it was getting really hot in Paris (see my tweet on that) and Damon wasn’t going to be wearing any pyjamas, I took this photo of him on our bed. It’s pretty good, but it’s not perfect. However it’s straight out of the box, only work done on it is a crop.

The light source is pretty good, it’s a large window on his right facing east so no direct sunlight in the evening in a very dark room. It’s a little under-exposed on the left, but I actually quite like that so am keeping it that way.

Voila world, here is Damon he was born in Paris on March 29th, 2011 and is celebrating his three month birthday very shortly. A big step for him and a big step for us. We’re happy to have him in our family and he seems just as happy to be there.