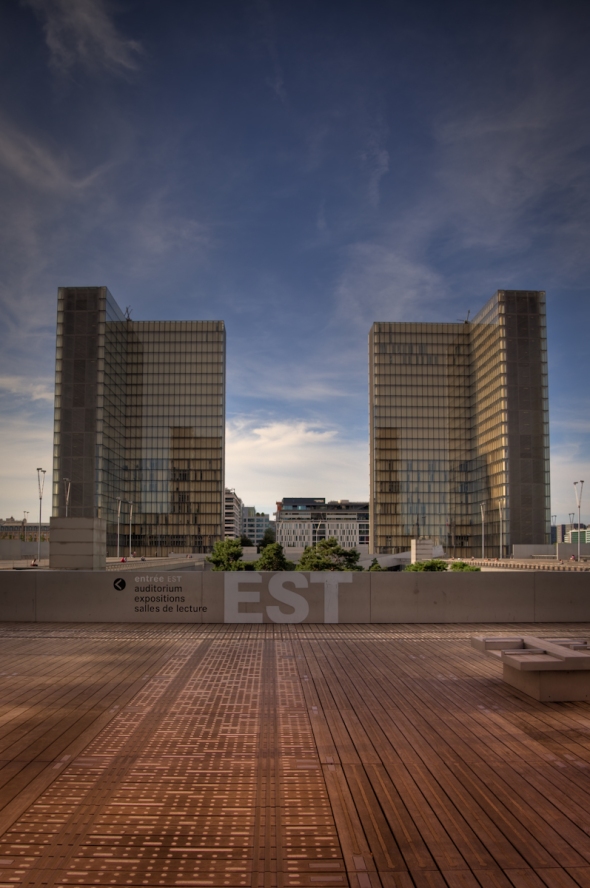 HDR image of the Biblioteque Nationale de France on an afternoon in the late summer 2010.

A few weeks ago I drove past the National French Library, it’s a pretty impressive structure of four buildings on a large square each building representing an open book. In the center of this large square (which is entirely covered in wood flooring) is a large garden. Almost a forest about 5-10 meters lower than the rest.

It’s a very nice area and in good weather the Parisians which are looking to avoid over-crowded areas tend to hang out here and read a book, catch up with some home-work or just walk around.

I shot this handheld out of three exposures which was possible due to the quantity of light.

It’s quite different from the classic HDRs of Parisian monuments but it’s still quite remarkable. Especially the sensation of space which one doesn’t get in all the streets of Paris.

HDR Tip of the day:
When doing handheld HDR, do it in the day, open your aperture as much as you can and in Photomatix use the align feature.