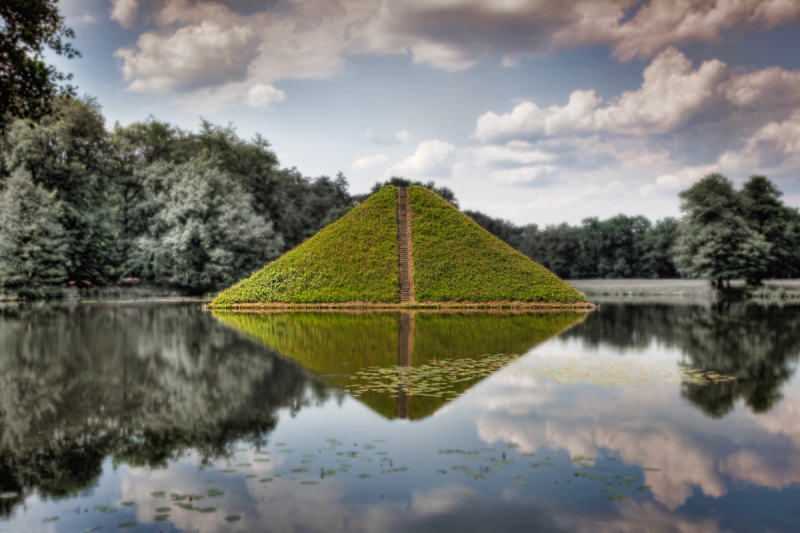 An HDR photo from Branitz Parc in Cottbus Germany

I was in Cottbus, Germany a week ago visiting family with my wife and baby, my wife’s grandmother gave us a tour of Branitz parc which has two parallel pyramids one in a lake and one on the ground. I believe these pyramids are mausoleums for the original owner’s wife or so. Don’t quote me on this. But of course, when going to new places, I did shoot some photos and I always try to fit in an HDR somewhere.

The parc is quite different from French style parcs/gardens in that everything isn’t designed with trees in rows and bushed cut to the millimeter etc. It’s almost growing wild which has a quite relaxing feel to it. The paradox is that the German’s are known to be the super-precise ones and the French rather disorderly, not so when it comes to parcs.

The city itself is actually quite nice, it’s far east of Germany in the former DDR and the great thing about the city is that it wasn’t totally destroyed by the war to there is still a lot of history left. Add to that a bit of DDR history and you have a quite interesting city. Thankfully it seems that the economy is doing OK so there’s lots of restoration of old buildings, great new places being built etc.

The above photo was taken in HDR handheld. I then processed it with photomatix as usual, but I then had to work quite a lot in photoshop and lightroom to get the image to be a bit more interesting. The odd thing with photos is that when one sees something it can be quite interesting, but a photo sort of flattens the whole thing and then one needs to work post processing to bring back the emotion.

I desaturated the background quite a lot since the pyramid was blending in with the rest, and then put it out of focus so your focus goes where it should, on the pyramid.

Voila, feel free to leave tips and ideas below.